Rivers of Thought passed a milestone of sorts in November. Eight years ago I launched Rivers of Thought as a platform for blogging and speaking. It started with a whisper (I love that song by the Neon Trees, don’t you?) but has grown to so much more!

Welcome to Rivers of Thought!

In this space you will find my musings about sustainable business practices, sustainable lifestyles and general observations about business, life and the world around us. For those that know me, you will not be surprised when I throw in the random Lewis and Clark story, or perhaps overuse a river analogy to make a point. I hope you find the postings interesting, worthy of comment and that they will stimulate some helpful dialog.

That was it, my very first post on November 26, 2008. I created Rivers of Thought when I started my sustainability consulting firm, Confluence Dynamics. I was new to using social media, heck, everyone was new to social media in 2008. My plan was to use it as a platform to promote the business. After a couple years, I made the decision to close the business (I preferred a paycheck over starving) Rivers of Thought was put on ice.

Fast forward a few more years. I was CIO for Goodwill Industries of Central Indiana. I held a firm belief that CIOs need to embrace Social Media. Not knowing exactly how to start, but wanting to be seen as a thought leader, I reached out to Rachel Nelson. Rachel was our Online Marketing Manager and social media guru. With her help Rivers of Thought was resurrected, given a facelift, and re-launched.

I now write for a variety of platforms in addition to Rivers of Thought. What started out as a blog about

sustainability and environmental causes has morphed into a channel for stories about family, life, love and music. Some of the posts will make you chuckle, some will bring a tear. I hope in some small way, they generate reflection on your own life and loves.

On the Intel IT Peer Network, I focus on the role of the CIO and it’s continuing evolution. I am in the midst of my third series on that platform. “The Path to CIO: Profiles in Leadership” is a series of interviews with CIOs from around the world and in a variety of industries. The focus is on the steps they took to reach the office of CIO, while at the same time providing insights and advice to others on the path.

As a contributing author for People Development Magazine out of the UK, I write about leadership and staff development. My series, “The Roosevelt River: Lessons in Leadership from Theodore Roosevelt”, originally posted on Rivers of Thought was republished in People Development which greatly expanded its readership. In fact, the post “Blue Bloods’ Frank Reagan Paddles the Roosevelt River” remains my widest read post of the past eight years.

When LinkedIn launched its blog platform, I was among the first ones asked to be a contributor. On LinkedIn, I write about general interest business topics such as vendor management or collaboration. Among my most popular posts were “D’ya Want Fries with That?” and “You Want to Sell Me What?”.

During 2016, I was accepted into the Forbes Technology Council providing access to publishing on Forbes.com. Thus far, two of my posts have appeared on Forbes. On this platform, I write about technology trends and how they impact business.

Through these various outlets I have been able to meet and interact with some incredibly talented people. Their willingness to share their insights and thoughts has been vital to my continued growth and learning…Chris Peters, Charlie Araujo, Isaac Sacolick, Will Lassalle, Christina Lattimer, E.G. Nadhan, and many, many more…I can’t thank you enough!

At the same time I launched Rivers of Thought, I started down a parallel path (or stream) of public speaking. I had always been petrified of getting in front of people and talking. However, I knew to achieve my career goals, I would need to get over it and “put myself out there”. I had experience teaching college and professional level classes in computer programming, computer science and green building techniques, but somehow public speaking was different in my mind.

My “big break” came, when my mother-in-law, Judy Hollander became the District Governor for Rotary International in our area. She invited me to speak at their local chapter in Attica, Indiana. She even requested my favorite subject…Lewis and Clark. So, with that I began to develop a talk (with a LOT of help from my wife Carmen) on our adventures along the Lewis and Clark Trail. Aptly titled, “The Lewis and Clark Will Never Die Tour” it chronicles our trips to mark the 200th anniversary of their exploration.

You might say my public speaking also started with a whisper…I rehearsed a million times…until I was almost hoarse! Over the course of the next couple of years, I presented the same talk to dozens of Rotary Groups across Indiana. Several even asked me back, so I wrote part two, covering our trips to visit Lewis and Clark sites from their return trip back to St. Louis.

During that time, I was asked to speak at a corporate annual meeting for a local company. They wanted the them to be around leadership and creating an environment of transparency and candor. So…I developed “Everything I Learned About Leadership…I Learned from Lewis and Clark”, an exploration into leadership using the expedition as a backdrop. Hey! Go with what you know, right?!!?

Over the last eight years, I have spoken to a wide variety of groups on topics including Lewis and Clark, leadership, Information Technology, the role of the CIO and Innovation.
These groups have ranged in size from a half a dozen to almost a thousand. And. Yes. I. Still. Get. Nervous. But, instead of dwelling on it, I am able to be energized by it and the audience and channel that energy into the talk.

While I can remember each and every talk, there are three that really stick out in my mind. The first was at the annual convention for Mended Little Hearts. a non-profit, volunteer-led program providing hope and support to children, patients and families affected by congenital heart disease. Leading up to the keynote, I was able to meet and talk with many of the members of the organization. I was struck by their passion, their dedication and their caring for each other and their mission. I truly believe I took away more from the experience than they did.

The second was a graduation ceremony for the Excel Center in Anderson, Indiana. As an executive of Goodwill Industries of Central Indiana, I was asked to speak on behalf of Goodwill at the commencement (Goodwill is the owner and operator of the Excel Centers, high schools for adults who had dropped out of school, but want to come back and earn their diploma). I struggled with what I could say that could have an impact. I finally realized this day was about them and their families. My talk was brief. I thanked them for allowing me to share that day with them, I thanked their families for supporting their efforts, and I thanked the faculty for their dedication to the mission. You can read my thoughts and the transcript of my talk from that day in the post “56 Stories, 56 Graduates, 1 Amazing Night!” Their stories were indeed the stories of the day. Again, I took away more from the experience than they did from my words.

The third and most recent was at another graduation ceremony. This one was for Eleven Fifty Academy. Their mission is to help close the nation’s growing technology skills gap through its mission of creating an ecosystem of coding talent that benefits the individual, their employer, and their community. Students range in age from teen to mid-life and beyond. My role was to tell my story, provide my thoughts on technology careers and then do a bit of Q&A. What an amazing group of students! I had some time over coffee to speak with several of them and learn their stories. Some are just starting their careers, others are re-inventing themselves for a second or third career. All incredibly inspiring. And yes, I think I took away more from the experience than they did!

You’re getting the idea by now. What I love about blogging, what I love about speaking, is the interaction, the sharing of insights, the learning I am able to participate in through those pursuits. The people I have met (virtually and in person) have made my life richer, and they continue to shape my thinking. I am looking forward to listening, reading, learning and growing through the next eight years of writing and speaking.

Find my posts on a variety of platforms: 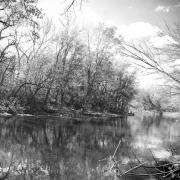 Earth Hour: How Did You Observe It?