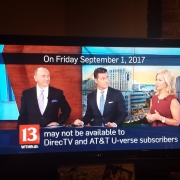 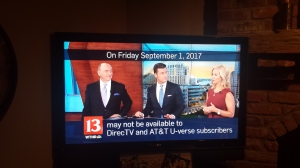 When Tech and Politics Collide…and Why YOU Should Care

This year has seen technology take the center stage in a lot of ways. Today, I want to talk about three of them: net neutrality, browsing history, and weaponized propaganda. Admittedly, that last one has the potential to stir the hornet’s nest. Let’s look at each of them in-turn.

In its most basic form “net neutrality” means the internet remains open. Internet Service Providers (or ISPs) cannot prioritize or assess different fees for traffic that flows through it’s network. This is part of the broader Title II repeal currently being proposed by the FCC.

The best way to explain “net neutrality” is to look at cable TV. How many times in the past several years have you seen one of the networks posting an ad that states “Programming on this channel may not be available on December 21, 2017. We are working hard to ensure your continued access.”

What are they really saying? The cable provider charges them a fee to carry their content. The cable provider wants to increase the fee. The network does not want to pay the fee. So, they are negotiating. In the meantime, if the channel goes dark, who misses out. You and me! Once they do negotiate, who pays? You and me!

Why you should care?

Take that to the internet. What if you could no longer view Netflix (or you had to pay a much higher price to view it)? What if your searches on Google were slowed down to an excruciating pace? What if YouTube was blocked? Don’t think it could happen? It can…and it will! Newer, smaller online companies will be shut out. One of the many benefits of an open internet is it levels the playing field. Small, mom and pop business of all kinds can and do compete on a national and international scale because of the internet.

Call Congress TODAY! Here is a great link for making that happen: Battle for the Net. Nervous about contacting Congress? They will even provide a script. Time is running out on this…the FCC is expected to release its proposal today or tomorrow and congress is expected to vote in early December.

Earlier this year Congress voted to reverse legislation that forced ISPs to get your permission before selling the information they have gathered on you. What applications you use, what websites you visit, what purchases you make, what YouTube videos you watch, who do you send and receive emails with…all of it…up for sale to the highest bidder.

You are thinking so what, nothing is really private any more, besides Google and Facebook have been using my information for years. In my mind, here is the biggest difference: Google and Facebook are FREE! If you aren’t PAYING for the product, then you ARE the product. Last time I saw my ISP (internet) bill, it certainly isn’t free!

Why should you care?

Yes, allowing companies to gather and SELL information about you is like throwing dollar bills from your car as you drive down the street. Your data IS your data. If a company is going to make money off of your data, you should have a chance to share in the profits. Orange was one of the first companies I learned that was not only committed to protecting its customer’s data, but providing value to the consumer. By opting-in to allowing them to use your personal data you were given a reduction in your monthly bill.

Since the horse has already left the barn on this one, it’s too late to close the door. However, it is not too late to educate yourself. Read your ISPs privacy statement. Do they address your personal data and what they can do with it? Can they sell your data? Do they require an opt-in to do so? Contact them and share your concerns. Ask if they have considered providing value for the use of your data. And…put your money where your concern is…select your providers based on how they treat your data. Make it known, you know it’s your data and you know it has value.

You can also call your congressperson. Tell THEM, you know it’s your data and you know it has value.

Somewhat related to the Browsing History above, there is a tremendous amount of information available about you, some of it absolutely free for the taking, some of it with a price tag, but it is available just the same.  What if I told you there was a company who had developed a personality profile of YOU that consists of 5,000 data points and is being updated continuously with every like, share and tweet you make? Kind of reminds you of the lovesick stalker in the Police’s hit “Every Move You Make”, doesn’t it?

What if I told you there was an algorithm (computer programming code) written that could analyze those data points and predict your behavior better than your spouse? What if using that algorithm combined with Facebook “dark” posts and other social media outlets they could not only predict your behavior, but influence it?

What if I told you that new Facebook group you just joined with over 15,000 members had no human members other than you? All the content is generated by a computer aimed at understanding your likes and clicks and playing with your emotions.

Why should you care?

Become educated. Learn and understand what’s possible. Before liking, sharing and retweeting, know and trust the source, and verify the facts. It is harder and it does take more time. Do your homework. Like the old adage of “never send an email you wouldn’t want your mother to read”, understand everything you say and do online is being watched by someone…and if they can use it to their advantage…they will.

When Tech and Politics Collide

Technology is all around us. Like most inventions it can be used for good…or not. Saying “I’m not technical” is like saying you don’t need to know about nutrition because you aren’t a dietitian. Be informed. Understand the pros and cons of the technology you use. Education is the key. And for goodness sake…be careful out there!

Jeff blogs on a variety of platforms:

The Land of Serendip Revisited
Scroll to top